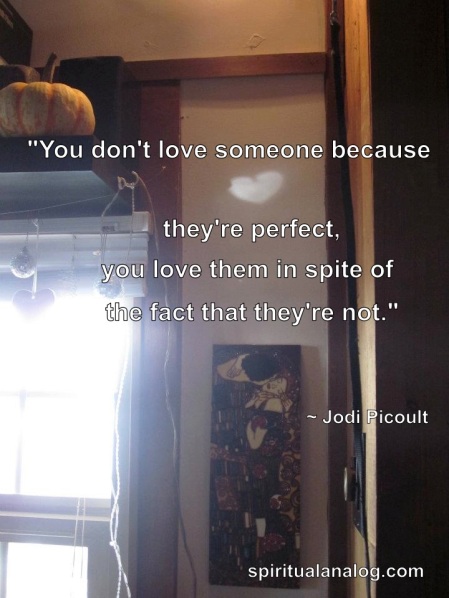 After a rough childhood and an unplanned pregnancy at age 19 that would propel me into nearly two decades of relationship avoidance and single parenthood, I met a man who – with the help of the Universe – would teach me how to love.

Said man was someone I had met through friends a decade earlier, and had spent some time with already. He was married though, and our friendship did not even extend to include a hug.

A series of incredibly serendipitous events brought us together for a second time.

I had been living in Thailand and had decided to return to Canada. I didn’t think I was going to come back to Vancouver, instead I was ready to return to my home in Toronto. Before doing so, I decided to make a stop in the Edmonton area to visit family.

My stop ended up lasting a few months, and I even considered taking the good paying job that was being offered to me. Surely this would have landed me in Alberta for an eternity.

By a twist of fate, I met someone who convinced me to move back to a suburb of Vancouver. That person ended up being my worst ‘adult dupe’ – or harshest serendipitous event, as I prefer to see it.

In other words, this ‘someone’ was simply looking for another to pay and pave their way to BC and I was an easily swayed target.

But things tend to happen for a reason…

Upon arrival, I re-met my now single, soon to be husband, who was mending his broken heart after a decade and a half spent in an adulterous union.

It wasn’t too long before we knew our re-meeting was nothing less than fate.

Not only did I not plan to return to Vancouver, but I was resigned in my decision to maintain my life alone, with the company of my daughter and a few close friends.

The Universe had something else in mind for me.

The moment I connected with my old friend, strange things began to happen. We saw ‘sparkily bits’ together (something I will talk about later), shared dreams, knew what each other was thinking and feeling, and finished each others sentences.

It was clear we were meant to be together. There were many signs – not to mention the terrible aching love we had for each other.

We got matching ‘FATE’ tattoos, we married within 8 months.

I had spent many, many years being intolerant of others, choosing HAPPILY to be single. I had (have) a very low tolerance for drama. Indeed, I would rather be alone than deal with the ridiculous-ness of others.

After one of our very few minor disagreements, I told myself I was going to move back to Toronto and resume my single, metropolitan life there. And, I meant it.

I paced around the house, in a self inflicted rage, mad about nothing, planning my departure when I noticed something I had not seen before, reflecting on the wall.

I had spent a significant amount of time in Austria before my husband and I met, and I became quite fond of the artist Klimt during my stay. He has a painting that many people find to be quite profound, entitled ‘The Last Kiss’.

For a number of years before meeting, I was collecting various images of this famous painting, and one particular clay Kiss ‘plate’ hangs beside my living room window. There is more to the Klimt story that I hope to get to later…

Above that painting reflected a heart that I have hanging from the window.

Never before or since in the nearly four years of living here, has the sun shone in such a manner to reflect the heart onto the wall above ‘The Last Kiss’, as pictured above.

Life is not perfect and humans are not perfect. Even the most glorious, fate-filled love can fail, if you don’t take care of it. Patience is needed in a relationship, and so is understanding. Though love is profound and incredible, it is not enough for forever. It needs to be ‘combined’.

Love is patient, love is kind. It does not envy, it does not boast, it is not proud.  It is not rude, it is not self-seeking, it is not easily angered, it keeps no record of wrongs.  Love does not delight in evil but rejoices with the truth.  It always protects, always trusts, always hopes, always perseveres.  Love never fails.

Combined with patience and respect, kindness, truth, trust and loyalty. More than all else, what is deeply needed is the understanding of ourselves in our situation – we need to BE LOVE.

And we should also ask ourselves if we are putting our loyalties and energies into the right person. Is it worth working for? Did we feel knee weakening fate playing a hand in the cards of our relationship? Are you a person who wants the monogamy of a full-time traditional relationship?

Have you spent more time learning and loving, than fighting and fretting? It is just as bad to put time into the wrong person as it is to put no time in at all.

In this case, the Universe was telling me very clearly to calm (the f#$!#) down and reflect on what I was doing and what I wanted. I wanted love, and I got it. In its purest form. But that doesn’t make it perfect.

Like with all else, if ‘it‘ is perfect, there is nothing left for us to learn, and life is all about learning. Nothing teaches better than love – in whichever form you prefer it.

Supporting ourselves, and each other, in our efforts to stay focussed on the 'LIGHT'.